One of the books I wish all runners will have a chance to read. Written by my favorite author – Haruki Murakami. He is an marathoner, an ultra marathoner. The runner who never walks in any race (he stops to drink, but he never walks). Below are some of my favorite quotes. Enjoy running and reading. 🙂

– “Pain is inevitable. Suffering is optional.”

– “So the fact that I’m me and no one else is one of my greatest assets. Emotional hurt is the price a person has to pay in order to be independent.”

– “I look up at the sky, wondering if I’ll catch a glimpse of kindness there, but I don’t. All I see are indifferent summer clouds drifting over the Pacific. And they have nothing to say to me. Clouds are always taciturn. I probably shouldn’t be looking up at them. What I should be looking at is inside of me. Like staring down into a deep well. Can I see kindness there? No, all I see is my own nature. My own individual, stubborn, uncooperative often self-centered nature that still doubts itself–that, when troubles occur, tries to find something funny, or something nearly funny, about the situation. I’ve carried this character around like an old suitcase, down a long, dusty path. I’m not carrying it because I like it. The contents are too heavy, and it looks crummy, fraying in spots. I’ve carried it with me because there was nothing else I was supposed to carry. Still, I guess I have grown attached to it. As you might expect.”

– “I’ve always done whatever I felt like doing in life. People may try to stop me, and convince me I’m wrong, but I won’t change.”

– “People sometimes sneer at those who run every day, claiming they’ll go to any length to live longer. But don’t think that’s the reason most people run. Most runners run not because they want to live longer, but because they want to live life to the fullest. If you’re going to while away the years, it’s far better to live them with clear goals and fully alive then in a fog, and I believe running helps you to do that. Exerting yourself to the fullest within your individual limits: that’s the essence of running, and a metaphor for life — and for me, for writing as whole. I believe many runners would agree”

– “Nothing in the real world is as beautiful as the illusions of a person about to lose consciousness.”

– “I’m the kind of person who likes to be by himself. To put a finer point on it, I’m the type of person who doesn’t find it painful to be alone. I find spending an hour or two every day running alone, not speaking to anyone, as well as four or five hours alone at my desk, to be neither difficult nor boring. I’ve had this tendency ever since I was young, when, given a choice, I much preferred reading books on my own or concentrating on listening to music over being with someone else. I could always think of things to do by myself.”

– “All I do is keep on running in my own cozy, homemade void, my own nostalgic silence. And this is a pretty wonderful thing. No matter what anybody else says.”

– “If you’re young and talented, it’s like you have wings.”

– “In other words, let’s face it: Life is basically unfair. But even in a situation that’s unfair, I think it’s possible to seek out a kind of fairness. Of course, that might take time and effort. And maybe it won’t seem to be worth all that. It’s up to each individual to decide whether or not it is.”

– “For me, running is both exercise and a metaphor. Running day after day, piling up the races, bit by bit I raise the bar, and by clearing each level I elevate myself. At least that’s why I’ve put in the effort day after day: to raise my own level. I’m no great runner, by any means. I’m at an ordinary – or perhaps more like mediocre – level. But that’s not the point. The point is whether or not I improved over yesterday. In long-distance running the only opponent you have to beat is yourself, the way you used to be.”

– “In certain areas of my life, I actively seek out solitude. Especially for someone in my line of work, solitude is, more or less, an inevitable circumstance. Sometimes, however, this sense of isolation, like acid spilling out of a bottle, can unconsciously eat away at a person’s heart and dissolve it. You could see it, too, as a kind of double-edged sword. It protects me, but at the same time steadily cuts away at me from the inside.”

– “Of course it was painful, and there were times when, emotionally, I just wanted to chuck it all. But pain seems to be a precondition for this kind of sport. If pain weren’t involved, who in the world would ever go to the trouble of taking part in sports like the triathlon or the marathon, which demand such an investment of time and energy? It’s precisely because of the pain, precisely because we want to overcome that pain, that we can get the feeling, through this process, of really being alive–or at least a partial sense of it. Your quality of experience is based not on standards such as time or ranking, but on finally awakening to an awareness of the fluidity within action itself.”

– “I’ll be happy if running and I can grow old together.”

– “It doesn’t matter how old I get, but as long as I continue to live I’ll always discover something new about myself.”

– “I am struck by how, except when you’re young, you really need to prioritize in life, figuring out in what order you should divide up your time and energy. If you don’t get that sort of system set by a certain age, you’ll lack focus and your life will be out of balance.”

– “What’s most important is what you can’t see but can feel in your heart. To be able to grasp something of value, sometimes you have to perform seemingly inefficient acts. But even activities that appear fruitless don’t necessarily end up so. That’s the feeling I have, as someone who’s felt this, who’s experienced it.”

– “You end up exhausted and spent, but later, in retrospect, you realize what it all was for. The parts fall into place, and you can see the whole picture and finally understand the role each individual part plays. The dawn comes, the sky grows light, and the colors and shapes of the roofs of houses, which you could only glimpse vaguely before, come into focus.”

– “When you see runners in town is easy to distinguish beginners from veterans. The ones panting are beginners; the ones with quiet, measured breathing are the veterans. Their hearts, lost in thought, slowly tick away time. When we pass each other on the road, we listen to the rhythm of each other’s breathing, and sense the way the other person is ticking away the moments.”

– “Has the dark shadow really disappeared?
Or is it inside me, concealed, waiting for its chance to reappear?
Like a clever thief hidden inside a house, breathing quietly, waiting until everyone’s asleep. I have looked deep inside myself, trying to detect something that might be there. But just as our consciousness is a maze, so too is our body. Everywhere you turn there’s darkness, and a blind spot. Everywhere you find silent hints, everywhere a surprise is waiting for you.” 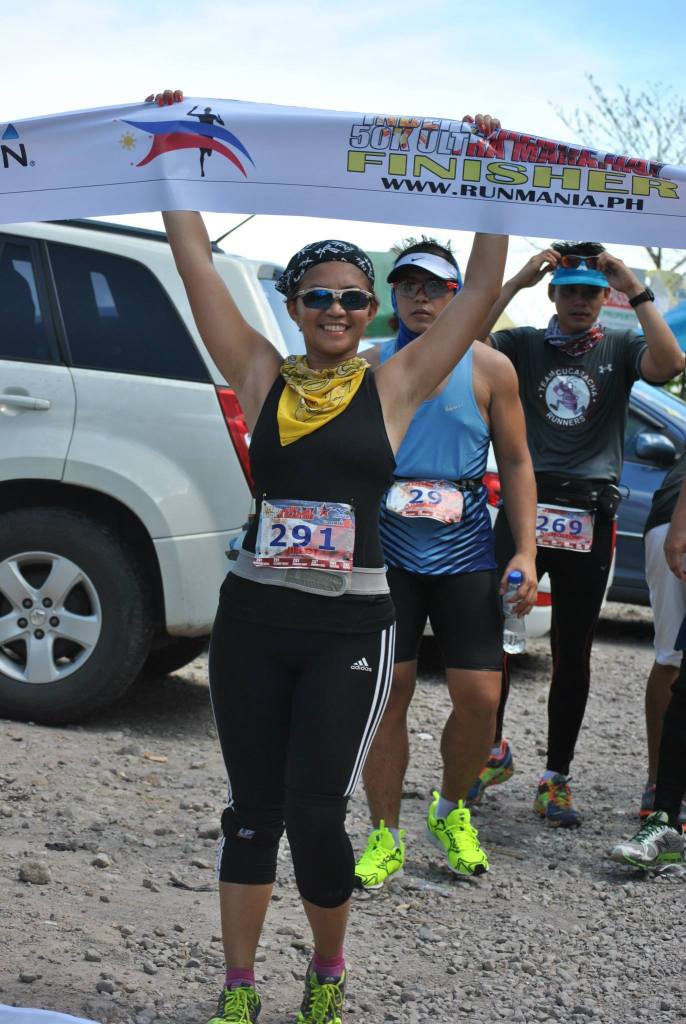